Marijuana Laws are Changing—What Does it Mean for Your Workforce? 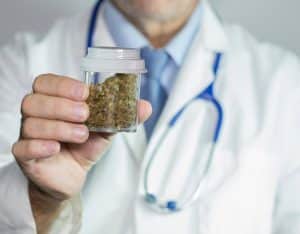 With attitudes toward the legality of marijuana rapidly evolving, it is high time for employers across the U.S. to revisit their workplace drug policies. In 2015, a Gallup poll found that 58 percent of Americans supported marijuana legalization—compared to just 12 percent in 1969. This dramatic shift in public opinion has manifested in state laws permitting marijuana use for medical or recreational purposes.

As of September 2016, 25 states had legalized the drug for medical use, Washington, D.C. and four states—Alaska, Colorado, Oregon, and Washington—had legalized it for adult recreational use, and at least five other states, including Arizona, California, and Nevada, were expected to have recreational use measures on their ballots in November. The federal government, however, has yet to join the party: marijuana remains illegal at the federal level, and the U.S. Drug Enforcement Administration (DEA) recently declined to reconsider its status as a Schedule I controlled substance. This dissonance between state and federal law has created a great deal of confusion, particularly for employers with a vested interest in maintaining drug-free workplaces.

Regardless of one’s personal views on the merits of marijuana, the trend toward full or partial legalization undeniably raises questions and concerns about how these changing laws impact the workplace. For example, how should employers handle drug testing? What are the implications for workplace productivity and safety? Can employers discipline workers who use medical marijuana, or would such adverse actions constitute discrimination? Unfortunately, the answers to these questions are hazy and largely depend upon the laws of the particular state, the nature of the employer’s business, and the job duties of the employee in question.

Despite the ongoing legal uncertainties, employers should take the following steps if their businesses are located in states that have legalized marijuana in some form, or if legalization measures will be on their state ballots in the near future:

• Know the law in your state. Among states that have embraced full or partial marijuana legalization, the provisions related to the employer-employee relationship vary. Some laws are silent on the issue of whether an employer may take disciplinary action against an employee who legally uses marijuana, while other states provide protection for medical cardholders. In Arizona, for example, an employer may not discriminate in any way against a certified medical marijuana patient who fails a drug test, unless the individual used, possessed, or was under the influence of marijuana while at work, or unless failure to take disciplinary action would cause the employer to lose a financial or licensing-related benefit under federal law. The best way to understand the nuances of your state’s law is to consult with attorneys and HR experts.

• Understand how the applicability of your state’s law may vary depending upon your type of business and the job duties of a particular employee. For example, since marijuana is still illegal at the federal level, organizations that receive federal funds or serve as federal contractors must comply with the Drug-Free Workplace Act, which requires these employers to adopt zero tolerance policies for drug use among employees. Thus, employers subject to this law are likely allowed to perform drug testing—and take disciplinary action against employees who test positive for marijuana—regardless of state law. In addition, many states that have embraced full or partial legalization still allow employers to discipline drug-using employees who work in safety-sensitive positions.

• Revisit your organization’s drug testing policy, particularly as it relates to marijuana. If necessary, update your policy to reflect how you will cope with your state’s changing laws.

• Clarify expectations with employees and HR managers. Unaware of the nuances of state and federal law, employees may assume that if their state permits marijuana use, so must their employer. If this is not the case, explain to employees what is expected of them. HR managers also must understand how to handle situations in which employees fail drug tests or reveal their status as medical marijuana patients.

State laws regarding marijuana have changed rapidly and will likely continue to do so. With the drug still illegal at the federal level, employers are left weeding through a tangled patchwork of conflicting laws, all while trying to maintain a safe and productive workplace. The best way to navigate this complexity is to consult with attorneys and HR experts who are knowledgeable about how state and federal marijuana laws apply to different businesses. Contact CBR for additional guidance!